A Time for Pause and Celebration: 2012 in Review

This past year has been very fast-paced. I gave fourteen public lectures or presentations at universities around the country. I spent two months of the summer traveling and researching in Peru. I moved to a new university and a new town. And, I took over as chair of the Section on Racial and Ethnic Minorities of the American Sociological Association.

I was usually able to maintain my pace of writing for two hours a day when I was not on the road, and about 30 minutes a day when I was. Let’s look at what I was able to accomplish over the past year.

Rewards in academia are rare, and are often long in the making. I will begin with the most tangible outcomes, even though these are largely the product of previous years’ work.

I have two new books in print, and my first book was released in paperback. This, of course, is the result of effort in prior years, but it is important to take note of the final products.

My book that originally appeared in 2011 – Yo Soy Negro: Blackness in Peru – came out in paperback and received positive reviews in two major journals.

2012. “Ethnopoetics: A Jamaican Deportee Tells His Story” Societies without Borders 7:3.

I also have six pieces that are forthcoming in 2013: two articles, two book chapters, and two short essays. I began writing all of them in 2011. I did some work on them in 2012, and received confirmation that they would be forthcoming this year.

Forthcoming. “‘It Was Only a Joke’: How Racial Humor Fuels Race-blind Ideologies in Mexico and Peru” Sue, Christina and Tanya Golash-Boza. Ethnic and Racial Studies.

Forthcoming. “From Legal to “Illegal”: The Deportation of Legal Permanent Residents from the United States” In Immigrant Illegality: Constructions, Critiques, and Resistance. Edited by: Cecilia Menjívar and Daniel Kanstroom. Cambridge University Press.

I have one article that I submitted in 2012 that is still under review. This is an article that my co-author and I were able to write, submit, and resubmit all in this calendar year.

Finally, I have two books that I continue to work on. These are a bit hard to quantify as I seem to always be writing, revising, cutting, and sending things to my editors. However, I suppose I can say that I wrote five chapters of the race book this year and have moved four chapters of the deportee book into final version.

In progress: Deported: Controlling Global Flows of Labor and Capital (Introduction plus 3 of 7 chapters completed).

Wow. That’s a lot. I wonder if I can quantify what I have done this year. I think there are two main categories of writing – drafting and revising.

I also wrote about 30 blog entries for an additional 24,000 words. Whew. That’s a lot of words. As always, however, I almost never write for more than two hours a day. And, I took several writing-free breaks while traveling.

If I can write 40,000 words in a year and revise another 40,000 that means it would probably take me about 2 and a half years to write a book that is 100,000 words if that were the only writing project I focused on. Or, I could write and revise four articles or book chapters a year. The catch is, of course, that these things also come back for revision again and again. So, I might write and submit an article in three months. But, it will come back and I will have to spend another 2-4 weeks revising it for resubmission.

At any rate, I continue to be impressed with all one can do by writing two hours a day!

What about you? Have you taken stock of your accomplishments for 2012? Why or why not?

Either way, I wish you a great rest of 2012 and a happy holiday season.

As for me, I am winding things down and in terms of work and gearing up for my two-week vacation from work! I hope to return rested, renewed, and ready for 2013.
Posted by Tanya Golash-Boza at 2:13 PM 6 comments:

Give yourself a break - a real one!

How do you plan to spend the upcoming holidays? 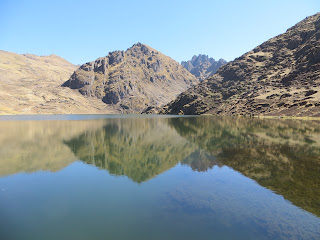 If you haven’t taken a break in a while, and have forgotten how to do so, don’t worry: I can explain to you how to do it.

Step 1: Choose a date to start your break.


When will you begin your break? This Friday? December 24? Before then? Or, perhaps you’ve already started? Whenever it is, choose a date and plan to stop working on that date. At a very minimum, you should plan to take 4 days off. I hope you will at least take off the week between December 25 and January 2. If you are taking off more days, please let me know in the comments section, as I am always pleased to hear about people taking long vacations.


Step 2: Figure out what will and will not get done in the remainder of this semester (Use the 4 D's)

What tasks will and will not get done this semester? Which tasks will never get done? Which ones can be deferred or delegated? Anyone who has read David Allen's Getting Things Done: The Art of Stress-Free Productivity

will know that there are four options for any task: do, defer, delete, or delegate.

To be able to take a break over the winter holiday, you will have to look at your remaining tasks and decide if you will do them this Fall, defer them to a later date, decide they are not important and delete them, or delegate them. These decisions can be hard, but it is ideal to decide now what will and will not get done to avoid feeling guilty later.

All of your pending tasks for the remainder of 2012 should fall into these four categories:

Go easy on yourself and only choose “do” for those items that must be done by you and must be done by the end of the year. Those items might include: grading, ordering books for next semester, finishing an overdue review or paper. Everything that is non-essential can either be deleted or at least deferred to next year.

Step 3: Finish what’s left on your list by your chosen end date.

Once you have a manageable lists of tasks on your plate, it will be easier to focus on those and get those done. Once you finish them, you will be ready for your guilt-free break.

A real break means no work. It means taking care of yourself, relaxing, and allowing yourself luxuries that you don't normally take. A real break feels good and is good for your health.

During your break, I encourage you to:

Once you’ve finished your break, you will be rejuvenated and ready to start work again. Make sure you take enough time off to be refreshed when you return.

And, make sure that when you take a break, you really take a break. Doing so can actually do wonders for your productivity and creativity. Scientists have found that four days in nature enhances creativity. Spending time in nature, completely unplugged can enhance your emotional and physical health. Try it!
Posted by Tanya Golash-Boza at 9:44 PM 25 comments: