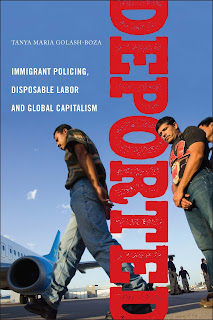 P.S.: If you are in the DC area, I will be presenting my book at KramerBooks at 6:30pm on November 17, and at Politics and Prose at 1pm on November 21! A full list of my speaking engagements is here.
Posted by Tanya Golash-Boza at 9:59 AM No comments: