How much sleep do you need?

Many people are surprised to learn that I almost never use an alarm clock. I don’t use them because I cherish the feeling of being fully awake before I get out of bed. When I wake up and am ready to get out of bed, I can be sure that I have gotten a good night’s sleep and thus am ready to be at my best for the day. 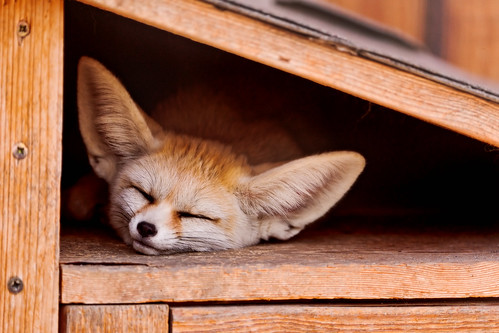 I know many academics are not getting enough sleep. I also know many academics believe in research. Thus, I am writing this post to share with you some of the abundant research that I hope will convince you to get the sleep you need. If it’s 10pm and you are tired, it is a much better use of your time to go to sleep than to try and stay up all night in a fruitless attempt to catch up with your tasks. Once you have slept enough, you will be performing at a much higher cognitive level and will be more capable of accomplishing those tasks.

As I was perusing the Internet for research on the effects of sleeping habits, I came across this gem from the American Psychological Association.

“Many people are surprised to learn that researchers have discovered a single treatment that improves memory, increases people's ability to concentrate, strengthens the immune system and decreases people's risk of being killed in accidents. Sound too be good to be true? It gets even better. The treatment is completely free and has no side effects. Finally, most people consider the treatment highly enjoyable. Would you try it?”

The treatment the APA is suggesting is: getting an additional 60 to 90 minutes of sleep. Insofar as many people have a serious sleep debt – meaning they don’t get the requisite hours of sleep – spending additional time in the bed could be highly beneficial. The APA further reports that people who do not get enough sleep experience “pronounced cognitive and physiological deficits, including memory impairments, a reduced ability to make decisions and dramatic lapses in attention.”

Sleep experts generally believe that we need between 7 and 9 hours of sleep to be at our best. This research is particularly important for academics, as our cognitive ability and memory retention are exceedingly important traits for us.

The research also reveals that there is no magic number of hours of sleep. For some people, it might be as low as 6 and a half hours. For others, it may be a bit over 8 hours. I did not come across any studies that showed less than 6 hours or more than 9 hours to be effective. So, how do you tell if you are getting enough sleep?

You can tell you are getting enough sleep when

People who get enough sleep have been found to have lower mortality rates, and higher cognitive performance. One study with a large sample based on self-reported sleep patterns found that people who slept an average of 7 hours a night had the highest cognitive performance. Another study found that insufficient sleep is associated with higher risk for diabetes, stress, and cancer.

The National Sleep Foundation recommends the following ways to ensure you get a better night’s sleep:


This webpage also has a comprehensive list of suggestions for getting your zzz's in.

You will know that you are getting enough sleep when you don’t feel tired or exhausted every day and when it is easy to get out of bed. You also should notice improved cognitive ability and memory retention once you begin to get enough sleep.
Posted by Tanya Golash-Boza at 9:34 AM